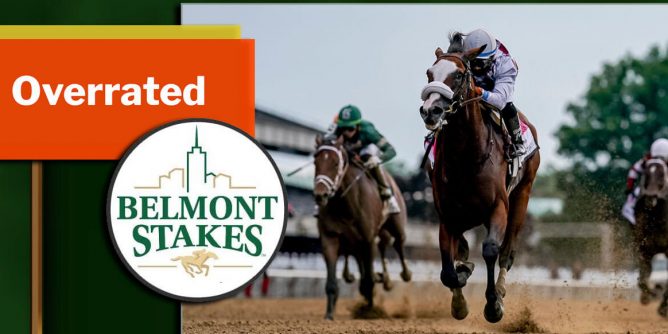 The final leg of the Triple Crown should be filled with excitement and anticipation, right? The Belmont Stakes is scheduled for less than two weeks away on June 11, 2022, in Elmont, New York. However, not everyone is excited about the running of the Belmont Stakes.

This is one of the biggest horse races in America, but there has to be a certain set of conditions in place for the Belmont Stakes to garner the country’s full attention. If this isn’t the case, it can feel like just another horse race.

Races should be treated as equal events. It’s like football bettors and the Super Bowl. If there’s an edge, there’s an edge. Maintaining solid bankroll management is the key to lasting and profiting on the racetrack.

When American Pharoah was entering Triple Crown season, there was an allure in the air that something special was about to happen.

The 2022 Kentucky Derby class was one of the weaker in a while, so I didn’t expect much, other than expecting the unexpected in a wide-open race, which ended up happening with 80-1 Rich Strike winning.

Where Is The Belmont Stakes

The Belmont Stakes is a $1,500,000 Grade 1 race at Belmont Park in Elmont, New York. Elmont is a 40-ish minute drive from NYC, so it’s a driveable distance if you fly in for the race or in the area.

Belmont Park has been open since May 4, 1905. The first Belmont Stakes was at Jerome Park Racetrack in 1867, with a filly, Ruthless, winning. The 2022 Belmont Stakes is the 154th edition of the race.

Where To Watch The Belmont Stakes

The Belmont Stakes Is Overrated

I will begin by prefacing that it’s only just another stakes race if a horse doesn’t have an opportunity to win the Triple Crown. They must win the Kentucky Derby and Preakness Stakes for this to happen.

No, the Belmont Stakes is not overrated if it’s the final leg to complete a Triple Crown bid. In fact, it turns into one of the most exciting races in the world.

However, Triple Crown bids are not that common.

In other words, what we’re left with most of the time is a regular $1,500,000 stakes race. There’s nothing wrong with a million-dollar stakes race, but they aren’t that unique. The Road to the Kentucky Derby has million-dollar prep races.

Any horse racing fan will know these races, but the general public normally only knows the Triple Crown races and maybe the Breeders’ Cup.

The Belmont Stakes is a test of stamina and strategy. This isn’t a race that necessarily determines who the fastest is on the track. The 1 ½ mile race comes down to who has enough gas in the tank to finish in the stretch.

Strategy for jockeys is incredibly important, and while a horse racing nut like me may appreciate the nuances of a marathon, the public may want speed and a sprint. Most people want to know who the fastest horse is in a race, not a stamina test.

There Is Better Racing Overseas In June

The Belmont Stakes is hyped up while there are other races in the UK to get more excited for this time of the year. Sure, the Belmont Stakes is an American race, but the horse racing media in the US acts like there isn’t better racing overseas coming up.

The Epsom Derby (Gr. 1) gets the festivities started for a big month of racing in the UK.

The Epsom Derby is on the first Saturday of June at Epsom Downs in Surrey. This race doesn’t get discussed the most, as is the case for the other marquee British horse racing events coming up this month.

From Epsom to Ascot

Following the Epsom Derby, Ascot Racecourse takes the spotlight for five days. There are eight Grade 1 races during that time, including the Platinum Jubilee Stakes (Gr. 1) and Prince of Wales’s Stakes (Gr. 1).

The hype should probably be on these races instead of the Belmont Stakes, especially when the same horse didn’t win the Kentucky Derby and Preakness Stakes.

The Belmont Stakes Doesn’t Have An Identity

The Churchill Downs is the Run for the Roses and attracts the wine and cheese crowd to Derby Day on the first Saturday of May. It’s known as the most prestigious horse race in North America. The rich and famous like to attend the Kentucky Derby for the festivities in Louisville.

Even if you’re not rich or famous, you can still dress up and act like you’re somebody. There are always Kentucky Derby parties to have a fun time at as well. Derby pools and fun prop bets are often part of the equation.

If you’re not about dressing up and turning the day into a fashion contest, then the biggest party in horse racing at the Preakness Stakes is sure to delight.

The Infield Fest at Pimlico Race Course has a Lollapalooza music festival type of atmosphere.

With dress codes forbidden and heavy drinking, among other shenanigans, the norm at the Preakness Stakes, prissiness is not synonymous with the Preakness.

What is the Belmont Stakes known for exactly? It’s a horse race, albeit, a long horse race known as the Test of the Champion. As we noted, it’s just another Grade 1 stakes race. Of course, this is assuming there isn’t a Triple Crown on the line, which is most often the case.