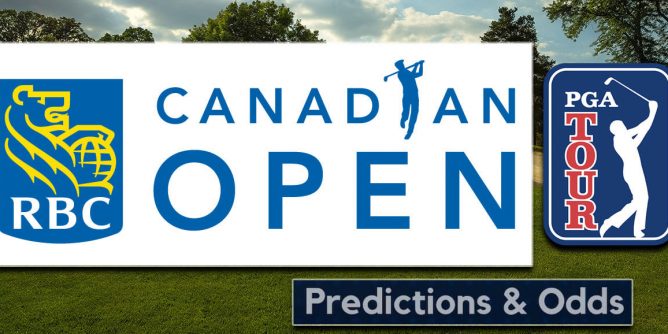 The next destination on the PGA Tour is in Canada at the exclusive St. George’s Golf Course in Toronto. This is the first Canadian Open at St. George’s since 2010, with Glen Abbey the most popular course.

The biggest news at the moment isn’t what is happening on the golf course, though. The LIV Golf Invitational Series is picking up steam and stealing golfers from the PGA Tour, but it isn’t a mass exodus like some media outlets have it.

Dustin Johnson is the most notable name bagging $150-million to quit the PGA and go to LIV. Johnson resigned from his PGA membership to play in the tournament. Meanwhile, Phil Mickelson indicated that he did not resign from the PGA, though he intends to play in the Saudi Arabian LIV.

Dustin Johnson is officially resigning from the PGA Tour and is moving to LIV Golf. 😲 pic.twitter.com/nnIu4swK34

Johnson and Mickelson obviously have had major success on the PGA Tour, but it’s been a while since they’ve been involved for a title in a tournament. Johnson was overpriced every week for a year. We don’t have to worry about his inflated prices in the RBC Canadian Open odds.

Billy Horschel is coming off a 4-shot win in the Memorial Tournament last weekend. I was considering Horschel, but just left him off my shortlist of bets.

That was my bad. Patrick Cantlay was one of my bets. He finished T3, so that pick wasn’t too far off.

We’re looking at the RBC Canadian Open odds and looking for winning Canadian Open picks this weekend. There are notable names in the field, with Rory McIlroy, Scottie Scheffler, Cameron Smith, and Justin Thomas all playing in Toronto.

Head below for our best RBC Canadian Open picks for 2022. Check out the top golf betting sites if you are looking for a Canadian Open sportsbook.

This is the return of the Canadian Open for the first time since 2019. It was a cancelled event for the last two years because of Covid-19. The last player to win the RBC Canadian Open was Rory McIlroy.

Jhonattan Vegas won back-to-back Canadian Open titles in 2016 and 2017. That bodes well for Vegas on paper, but that was at Gleb Abbey. This is a different course at St. George’s.

In any tournament that Scottie Scheffler plays, you can expect him to be the favorite or second favorite to win. He’s the favorite on the RBC Canadian Open odds board for this weekend.

The next favorite to win is not a surprise. Rory McIlroy, the last golfer to win the Canadian Open, is just behind Scheffler with the best odds.

Is either player getting good value on the RBC Canadian Open odds? I’d probably want some better than +1000 to consider McIlroy. I’m not sure his odds at +800 have the best value.

However, it was probably for the better if he took the week off to celebrate and refocus. In one of his worst efforts this year, Thomas failed to make the cut at Colonial in a disappointing +3 in the Charles Schwab Challenge.

I will give Thomas a pass for struggling to find his form at Colonial. He must have still had tired eyes going into Thursday for that one. Thomas is clearly a much better golfer than he showed in this tournament.

He’s finished in the top-10 in five of his previous eight entries. This includes winning the PGA Championship and just three shots off from winning the AT&T Byron Nelson for T5.

Thomas has to be a serious contender to win the Canadian Open, and worth a look to win at +1000.

Cameron Smith had a good run at the Memorial Tournament, but ran out of gas on the final day. Smith shot himself out of contention with a +5 after a steady tournament through the first three days.

Smith ultimately finished at -3 in T13. He entered the day at -8 and could have been in contention with the right form on Sunday.

Despite the mishap from Smith, he’s generally a reliable option. Smith has two wins this year in the Tournament of Champions in January and The Players Championship in March.

After winning the $20,000,000 tournament, Smith was close in the Masters for T3 with a final score of -5. He is No. 1 on the PGA Tour in adjusted scoring even after slipping up in the fourth round last weekend.

Smith will most likely be in the mix on the final day in Toronto. If he can do a better job of finishing, he is fully capable of winning the Canadian Open.

Matt Fitzpatrick failed me badly last week, but I’m not giving up on the Englishman because of one poor tournament. If you’re going to bet golf like that, it’s never going to go well.

Fitzpatrick missed the cut at the Memorial at +3 to just miss out on getting to the second round. This was after Fitzpatrick finished T2 and T5 in the Wells Fargo Championship and the PGA Championship.

Fitzpatrick didn’t make the cut at the RBC Heritage before getting on track for T2 at the Wells Fargo Championship.

He did the same after getting cut from The Players and then T5 in his next tournament in the Valspar Championship.

Fitzpatrick is fourth on the PGA Tour in adjusted scoring and scrambling ability. He’s been engaged this season, with seven top-15 finishes. He finished top-15 in four of his previous seven tournaments.

Fitzpatrick is a strong contender to win in Canada. He is one of the better value bets to win the RBC Canadian Open.