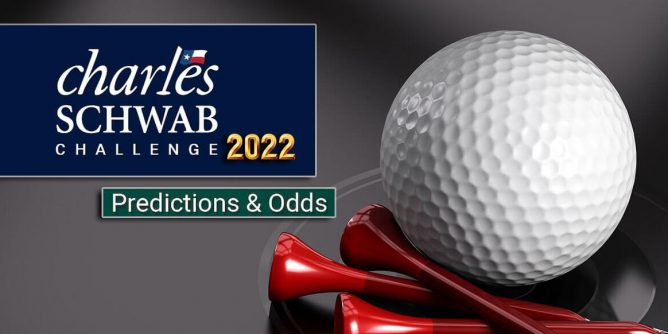 Justin Thomas completed a stunning comeback with a win over Will Zalatoris in a playoff. He was well back and came out of a 7-shot hole to force a playoff and win the PGA Championship title in 2022.

Thomas’ effort was the largest comeback in a major since Paul Lawrie won the 1999 Open Championship going into the final day 10 strokes behind. Mito Pereira did his best to help give Thomas the win.

With a one-shot lead and only needing a par to win the PGA Championship, Pereira shanked his tee shot on the 18th hole to finish with a double-bogey and -4. Thomas and Zalatoris were at -5 following four rounds.

Featured Groups for this weeks @CSChallengeFW:

That’s a loss that will give Pereira nightmares for a long time. The PGA Championship was his if he just had an average final hole and knocked down a par. The worst-case scenario is a bogey and a playoff, but it was even worse. The nightmare scenario unfolded.

The PGA Tour returns to Colonial and we have the best Charles Schwab Challenge odds for the tournament.

For the best Charles Schwab Challenge bets, we’ll do our best to find the best value in Fort Worth. If you are looking for golf betting sites, TheSportsGeek takes a look at what online sportsbooks might be good for your needs.

Justin Thomas is not taking a break after winning the PGA Championship. He’s signing up to play the Charles Schwab and is looking for back-to-back titles. Buyer beware with Thomas. His odds to win the Charles Schwab Challenge are going to be inflated.

Thomas will be a popular bet after winning the PGA Championship, but you are going to have to pay a tax on him to win. The oddsmakers are going to bump up his odds to win after his performance last week.

Thomas is a co-favorite to win with Jordan Spieth and Scottie Scheffler. After exerting all of the energy he did to complete that comeback and then the celebration that followed, I’m not too sold on Thomas winning back-to-back tournaments.

Despite this being a week after a major, there are some notable names playing this one. Highly ranked Viktor Hovland and Collin Morikawa are also going to be in Fort Worth for the Charles Schwab Challenge.

Tommy Fleetwood maybe hasn’t been in the limelight as of late, but he’s been stalking the leaderboard with consistent work. Fleetwood had a solid showing at Southern Hills and has to be motivated to look for more in Fort Worth.

Fleetwood finished T5 with a final score of -3. He was tied with Chris Kirk and Matt Fitzpatrick for T5 in the PGA Championship. The Englishman quietly turned in a successful tournament.

Fleetwood had a serviceable tournament at Augusta National for the Masters as well. He shot a +2 for a respectable T14 finish. In his last six of seven outings, Fleetwood finished in the top-25.

These aren’t some lower-tier tournaments either. Two of those were majors and the other was the “fifth major”, The Players Championship. Don’t count Fleetwood out of the Charles Schwab, and at +3300, he’s worth a bet.

Collin Morikawa is looking to put last week to bed and forget about it quickly. The 2020 PGA Chammpionship winner wasn’t in his best form at Southern Hills in Tulsa.

Morikawa shot +8 for T55 at the 2022 PGA Championship. That did not go according to plan for Morikawa, but he’s had much better rounds this year.

He is no doubt one of the most talented players on the PGA Tour and is capable of striking any week. Morikawa finished T2 at the Genesis Open in February and competitive in tournaments since then.

Morikawa finished 5th at the Masters and T26 at the RBC Heritage before the PGA Championship. The best sign of success for Morikawa this weekend at Colonial Gold Course is that he’s been close here before.

He went to a playoff against Daniel Berger in 2020, which is the third time that Morikawa has been a runner-up at Colonial. This short course plays to his strengths and has to be worth a shot with his odds to win the Charles Schwab Challenge at +1600.

Brian Harman will not be the most popular pick at Colonial for this weekend. Sportsbooks aren’t going to write up too many Harman tickets. That’s fine because the value on Harman to win the Charles Schwab Challenge may be too good to pass on.

He came on nicely in the final round at Southern Hills in the PGA Championship.

Harman led the PGA Championship in SG: Approach to finish off a decent tournament. He would have liked to finish better than T34, but a final score of +4 was respectable for him.

Colonial hasn’t been foreign to Harman, either. He has three top-10 and six top-25 finishes on this course. The 35-year-old isn’t one of the popular Charles Schwab Challenge bets, but at +4500 that’s fine with me.